Episode 12: The Silver Bullet Secret to Growing Your Youtube Channel with Evan Carmichael 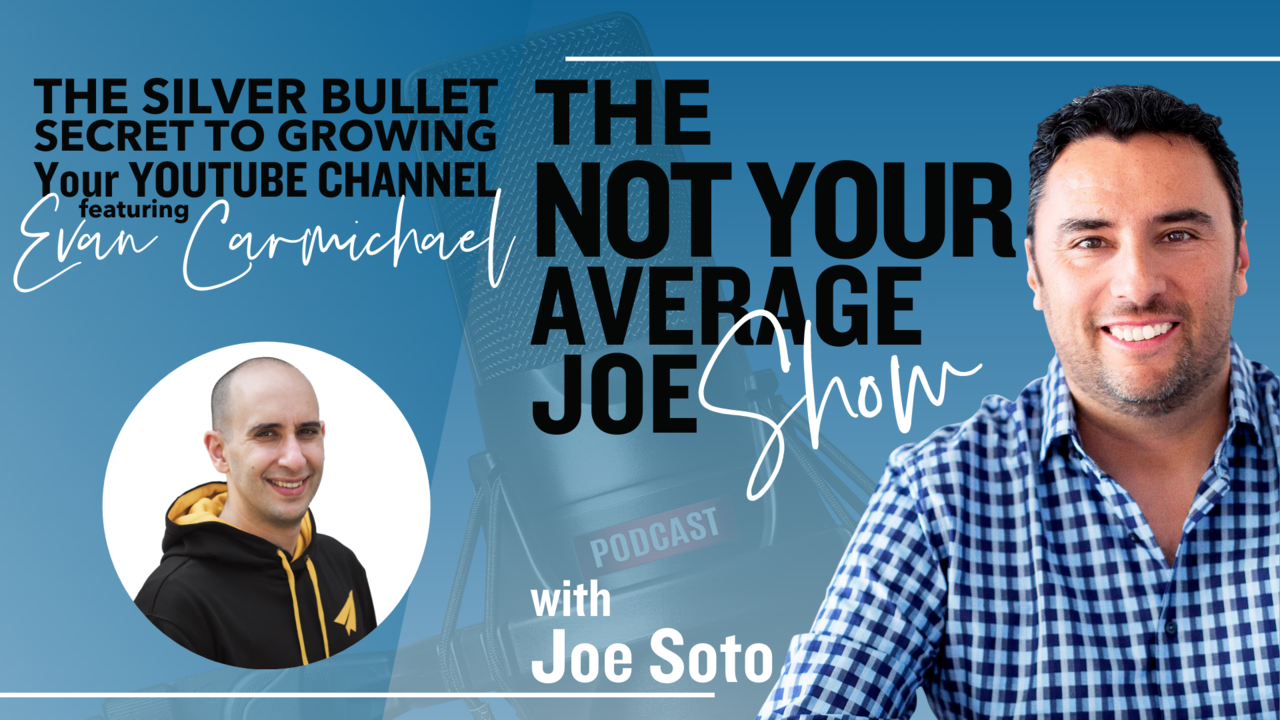 Join Joe Soto and Evan Carmichael in this episode and discover the silver bullet secret to growing your Youtube Channel.

Evan shares the secret of using Instagram and YouTube hand in hand to gain and reach more audiences efficiently and effortlessly.

Evan also takes some time to evaluate Joe's YouTube Channel and offers some quick tips to instantly improve the channel to show up in search.

Who is Evan Carmichael?

Evan Carmichael #Believes in entrepreneurs. Gary Vaynerchuck called him the DJ who inspires people and Ed Mylett called him the modern-day Napoleon Hill. At 19, he built then sold a biotech software company. At 22, he was a venture capitalist raising $500k to $15M. He now runs a YouTube channel for entrepreneurs with over 2 million subscribers and 300 million views, wrote 4 books, and speaks globally. He wants to solve the world's biggest problem, people don't #Believe in themselves enough. Forbes named him one of the world's top 40 social marketing talents and Inc. named him one of the 100 great leadership speakers and 25 social media keynote speakers you need to know. He's set 2 world records, uses a trampoline & stand-up desk, owns Canada's largest salsa dance studio where he met his wife and has a giant Doritos bag in front of him all day long to remind him that he's stronger than the Doritos. Toronto is his home. He's a husband, father, TSM Fan and Teemo main.
Connect with Evan Carmichael here:
https://believe.evancarmichael.com/homepage
https://www.youtube.com/user/ModelingTheMasters

HAVE THE NOT YOUR AVERAGE JOE SHOW DELIVERED TO YOUR INBOX

Get our latest episode plus inspiring content emailed to you

HAVE THE NOT YOUR AVERAGE JOE SHOW
DELIVERED TO YOUR INBOX

GET OUR LATEST EPISODE PLUS INSPIRING CONTENT EMAILED TO YOU